Over the past few months, Bill (W1UUQ) and Levi (K6LCM) have been working on a system to receive position information from aircraft flying over Southern California and the Central Coast using the Federal Aviation Administration’s Automatic Dependent Surveillance – Broadcast (ADS–B) system. Similar to the APRS and AIS protocols which allow for the tracking of mobile amateur stations and ships at seas respectively (both also supported by SBARC sites) , ADS-B is part of the FAA’s NextGen plan to more accurately track aircraft in busy airspace and provide better cockpit situational awareness for pilots. ADS-B position reports are sent unencrypted by many commercial aircraft and by some private aircraft.  The FAA has issued a mandate for all aircraft flying in the vicinity of medium and large traffic volume airports to carry ADS-B equipment by 2020.

Using a Raspberry Pi microcomputer, a USB software defined radio (SDR) dongle and open source software designed to receive ADS-B data signals broadcast on 1090 MHz, the SBARC ADS-B receiver is receiving position data from the SBARC site at Santa Ynez peak. From the mountain, the data is sent via microwave to the club’s La Vigia repeater site on the Santa Barbara Mesa. From this prime location at about 4,300 feet above sea level, the receiver directly detects nearly 1,500 individual aircraft per day flying in airspace from Fresno to Mexico. This is such an incredible reception location it was not a surprise to learn that the official FAA ADS-B site for transmission and reception of ADS-B signals for air traffic control is also located atop Santa Ynez Peak.

Go to adsbexchange.com and then from there click the icon that looks like this to launch the map:

The first time you view the map you may have to scroll to find Santa Barbara. This should not be necessary on subsequent visits from the same computer and browser. Note that you are seeing aggregated data from the SBARC receiver site as well as many other sites around the world. 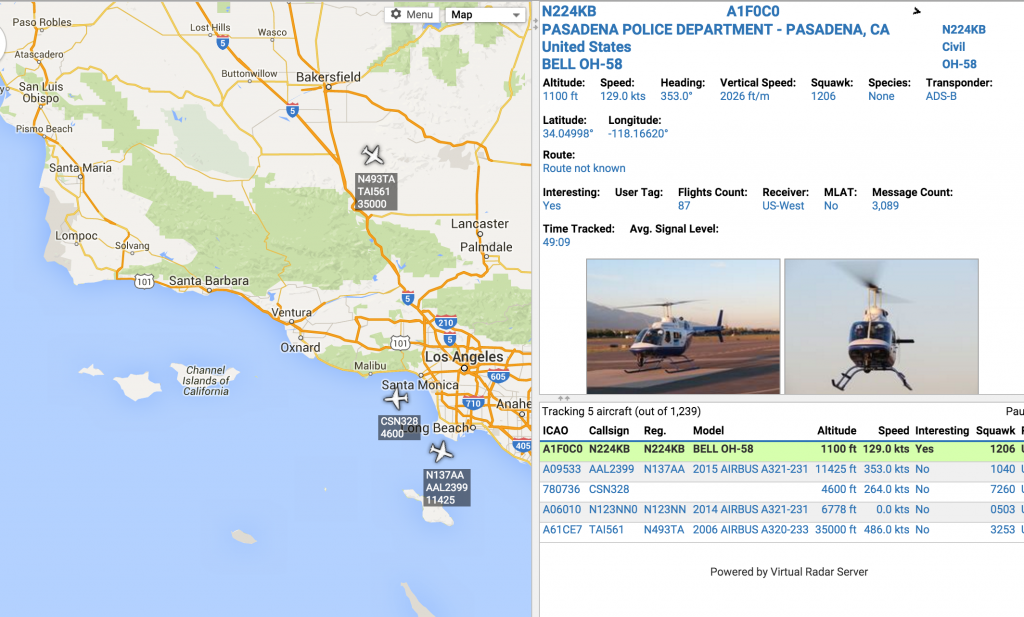 Levi is a member of the SBARC Board of Directors and is the K6TZ Trustee. He is also a Volunteer Examiner.
View all posts by K6LCM →